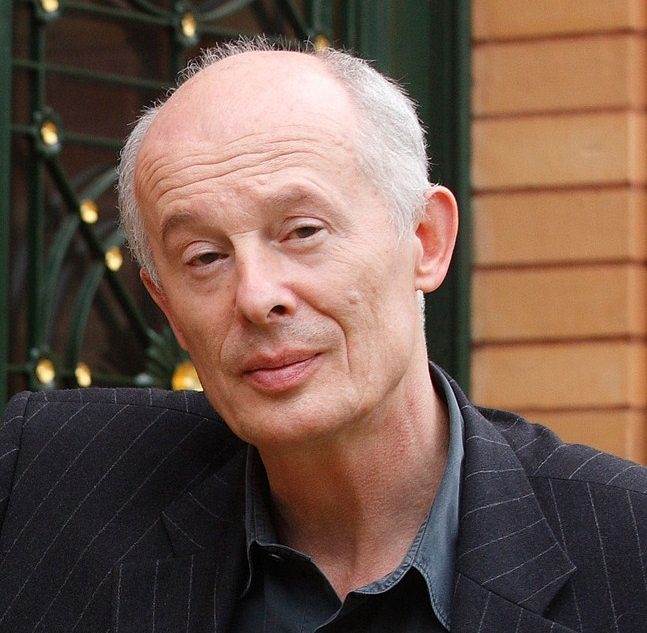 One of the most exciting, relevant and rapidly growing areas of environmental research is Earth System science. Over the past decade or two, the realisations that the Earth behaves as a single, integrative system and that human activities are now influencing the functioning of this system have revolutionised the framing of environmental problems at the global scale. No longer can human development proceed without consideration of impacts on our own global life support system. John Schellnhuber has shown outstanding leadership at the global level in the intellectual and conceptual development of Earth System science. He is a physicist by training, working earlier in his career on condensed matter physics and complex system dynamics.

He has applied this rigorous, quantitative background to Earth System science, as exemplified in his 1998 work “Discourse: Earth System analysis: The scope of the challenge”, an inspirational masterpiece that set the stage for the rapid development of Earth System science at the international level. He has published 190 scientific papers and 40 books or book chapters.

Schellnhuber, a Professor of Theoretical Physics at the University of Potsdam, was the Founding Director of Potsdam Institute for Climate Impact Research and continues as its director. During this period he has built PIK into one of the most visionary and productive centres around the world for research on the operation of planet Earth, the ways in which human activities are influencing the Earth System, and the policy tools and approaches that can meet contemporary environmental challenges. From 2001 to 2005 he concurrently held the position of inaugural Research Director of the Tyndall Centre for Climate Change Research and Professor at the School of Environmental Sciences at the University of East Anglia, Norwich (UK).

Building on his application of complex system dynamics to Earth System science, Schellnhuber has pushed the boundaries of interdisciplinarity by extending his work into the broad sustainability arena, becoming a pioneer in bringing a strongly quantitative physics and applied mathematics background to bear on more normative and very complex questions surrounding sustainable development at the planetary level.

His outstanding contributions to “Earth System science for sustainability” at the national and international level have solidified Schellnhuber’s position as a world leader in the field. He is a member of the board of the prestigious Dahlem Conferences, which have made major contributions to the Earth System science – sustainability link. Beyond this higher level role, he has also been on the organising committee himself for key Dahlem Conferences. A good example is the 2003 conference on “ Earth System Analysis in the Anthropocene”, which contributed important insights into the concept of the Anthropocene, a new geological epoch in Earth history, and its connection to the growing sustainability agenda.

In the last decade or so, Schellnhuber has played a strong role in linking Earth System science and sustainability science to policy. Perhaps the most prominent example of this activity is his role as Chair of the German Advisory Council on Global Change (WBGU). Although it is established as a national German institution, the WBGU, under Schellnhuber’s leadership, has rapidly built a global reputation as a source of authoritative and timely information on global change issues, particularly climate change. WBGU reports range from strongly scientific issues, such as the current changes that are occurring to the world’s oceans (warming, acidification, sea-level rise) to visionary and exploratory issues, such as the more recent report “World in Transition: A Social Contract for Sustainability”, which outlines the pathways that can lead us to a far more sustainable future. These WBGU reports are widely quoted and used internationally, evidence of the intellectual quality and strategic foresight they embody under Schellnhuber’s chairmanship.

In addition to his work with the WBGU, Schellnhuber has served on many other panels that operate at the science-policy interface. These include chairmanship of the Global Change Advisory Group for the 6th Framework Programme of the European Commission and member for the equivalent panel for the 7th Framework Programme, Member of the Board of the Stockholm Environment Institute (SEI), member of the Committee on Scientific Planning and Review of the International Council for Science (ICSU), Chief Government Adviser on climate and related issues for the German G8-EU coincident presidencies in 2007, and was a member of the High Level Expert Group advising EU President Barroso. In addition, he serves on the editorial board of the Proceedings of the National Academy of Sciences USA (PNAS), of which he is a foreign member.

Finally, Schellnhuber has forged exceptionally powerful and effective links between science and policy at the highest levels around the world. The best example of this is his initiation of a series of Nobel Laureate Symposia, which gather Laureates from physics, chemistry, medicine, economics and literature to explore the environmental challenges that humanity faces in the 21st century. The third in this series, held in Stockholm in 2011, produced a set of recommendations for action that was delivered directly to the UN Secretary-General’s High Level Panel on Global Sustainability.

In developing comprehensive, interdisciplinary research towards meeting the most daunting environmental challenges that humanity faces, there is no one better than John Schellnhuber to provide international leadership for the development and application of science for policy and decision-making.

One of the most exciting, relevant and rapidly growing areas of environmental research is Earth System science. Over the past decade or two, the realisations that the Earth behaves as a single, integrative system and that human activities are now influencing the functioning of this system have revolutionised the framing of environmental problems at the global scale. No longer can human development proceed without consideration of impacts on our own global life support system.