The Volvo Environment Prize 2007 is awarded to Amory B Lovins for his outstanding achievements in the field of energy efficiency. 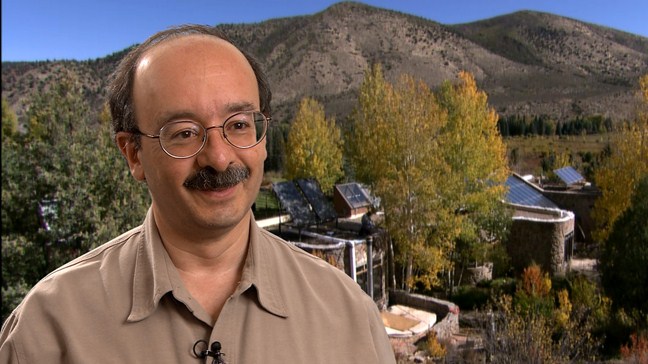 Climate change driven by human activity is perhaps the greatest challenge of the 21st century with the power to alter radically the basis for life on this planet. In 2007, the Intergovernmental Panel on Climate Change (IPCC) estimated that global greenhouse gas emissions must be reduced by 50-80 percent below 2000 levels by 2050 in order to keep global average temperatures from rising no more than 2 .5 degrees Celsius above pre-industrial levels. This will require urgent action on the part of all nations, led by the richer industrialized countries. A huge increase in energy efficiency is a crucial component of that action.

During the last four decades Amory Lovins has demonstrated the feasibility of such an increase. He was among the first to realize that it is more cost-effective to invest in end-use energy efficiency improvement than in increasing energy supply to satisfy demand for energy services. He developed and applied technical, economic and policy concepts which revealed how we can build a prosperous society based on no- or low-carbon energy. His theories and practice have focused on transforming various sectors, including the hydrocarbon, automobile and electricity fields, to achieve improved resource productivity. His works have now entered the main stream, opening up new areas of research, development and application.

Amory Lovins is co-founder and chief scientist of the Rocky Mountain Institute, an independent and entrepreneurial nonprofit applied research center based in Old Snowmass, Colorado. He has co-authored over 29 books and publications, among themSoft Energy Paths: Toward a Durable Peace, Natural Capitalism: Creating the Next Industrial Revolution, Factor Four: Doubling Wealth, Halving Resource Use, and Small Is Profitable: The Hidden Economic Benefits of Making Electrical Resources the Right Size.He has received nine honorary doctorates, a MacArthur Fellowship, the Heinz, Lindbergh, World Technology, and Hero for the Planet Awards, the Happold Medal, and the Nissan, Mitchell, Shingo, and Onassis Prizes.

The Volvo Environment Prize 2007 is awarded to Amory B Lovins for his outstanding achievements in the field of energy efficiency. He has been the leading advocate for increasing energy efficiency over the past four decades, during which he has developed a number of path breaking technical, economic and policy concepts and succeeded in merging theory with a wide range of practical applications. His work is transforming the way we use energy worldwide. A visionary who explores the way to an equitable and sustainable world, Amory Lovins walks the talk and challenges others to do the same.